Shifts in Time: The series 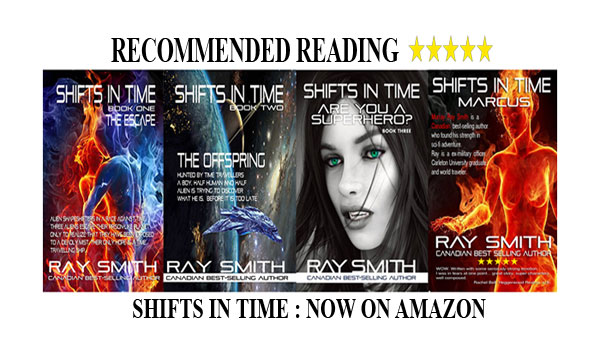 Shifts in Time: The series

Canadian best-selling author, Ray Smith is a single father, Carleton University educated, an ex-military officer, entrepreneur and real estate and advertising guru. He has dedicated himself to Internet businesses including writing. A firm believer in fitness and living life to its fullest, Ray loves to travel and works out five days a week on his body and seven days a week on his mind. Ray Smith hits light speed with alien adventure and world espionage series. This a sci-fi saga manifest a love story that builds through the first three books and delivers a climactic twist in Book 4: Marcus. This series also enters the fourth dimension and aims to unleash a superhero that the world has never seen. These alien shapeshifters race against time and themselves to save their planet and ultimately their species. Professionally edited by Rachel Bell, Heggerwood Realms, U.K.

Shifts in Time 1 : The Escape

This a sci-fi saga manifest a love story that builds through the first three books and delivers a climactic twist in Book 4: Marcus. This series also enters the fourth dimension and aims to unleash a superhero that the world has never seen. These alien shapeshifters race against time and themselves to save their planet and ultimately their species. 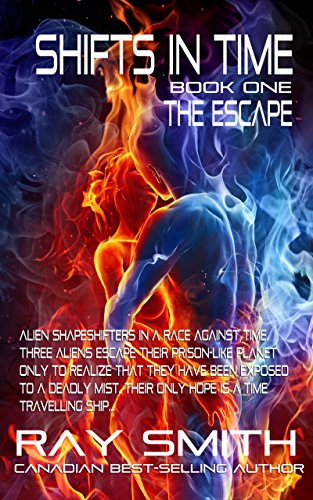 Shifts in Time 2 : The Offspring

this second book of his series, explores a hybrid alien boy who is half human. This young alien does not know who he is, nor what he is. He is a shapeshifter born on Earth but his father came from a far away galaxy. Time travel, espionage, and the fourth dimension adds an intense storyline and deeply developed characters. 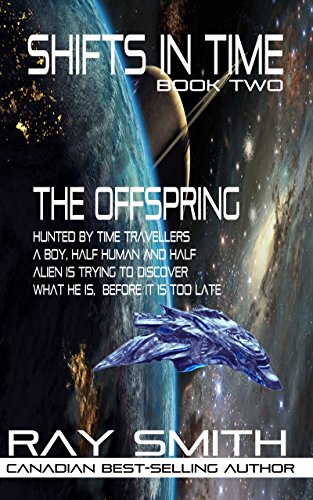 Shifts in Time 3 : Are you a Superhero?

A superhero, an alien hybrid shapeshifter with very unique powers. A time traveling ship, world espionage and a new enemy revealed in this sci-fi suspenseful thriller. The characters come to life in every page. The plots drives forward at a fast speed and there are surprises in every chapter. 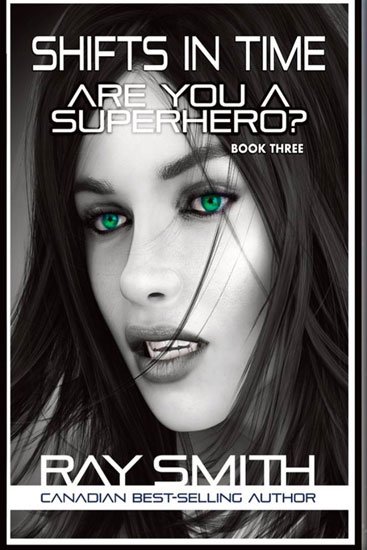 The Shifts are an alien species that are flame-like in nature. They are shape shifters with strong telekinesis power; their shape shifting ability is both a strength and a curse. The DNA coding they steal from the Humans they touch, allows them to switch from one appearance to another, maintaining all the skills, strengths and weaknesses of each personae. The more identities they steal, the harder they have to fight to stay in control. For hundreds of years, the Shifts had been locked underneath the surface of a planetary prison until three managed to escape. Before dying, one coupled with an airline stewardess from Earth, leaving his seed to grow inside her. The oldest of the three died from exposure to a lethal mist surrounding the planetary prison. The only survivor, Tori, now armed with the Mantis, a ship with the ability to time travel, has teamed up with the small crew-Lieutenant Robert Laan, Lieutenant Sharon Rossini, and Roger Thompson, an ex-NSA special agent. The offspring, a boy with multiple personae, left on Earth to test if he was good or evil, almost died, losing all his identities bar one. With only Cassandra within this alien hybrid, the offspring’s last identity lives on Earth fighting loneliness and grief from the identities which shared her life and are now gone. She rebuilds slowly and steals the DNA of a person she admired, Angelica Fallen. Hesitant to balance too many identities inside her, Cassandra and Angelica shut the rest of the world out until today. Against all the rules, and a journey full of obstacles, they are working together on resurrecting one of the lost identities… Marcus. Tori, the surviving Shift with multiple personae, gives up her control of the Mantis, to protect Cassandra when she discovers the arrival of an unknown alien ship.The Gargons, the alien species that locked the Shifts in their planetary prison, have discovered their escape. Noticing a rip in the time continuum, the Gargons begin a multi-galaxy hunt, searching out the fugitives, with only one purpose, to kill them. With conflict both in the present and future, Cassandra’s survival lies in a delicate balance. With an alien hunter closing in on the offspring’s location, and the balance of power in space about to change, Cassandra tries everything she can to bring her lover Marcus back, even changing timelines with epic consequences, as they all race against time. ,,, 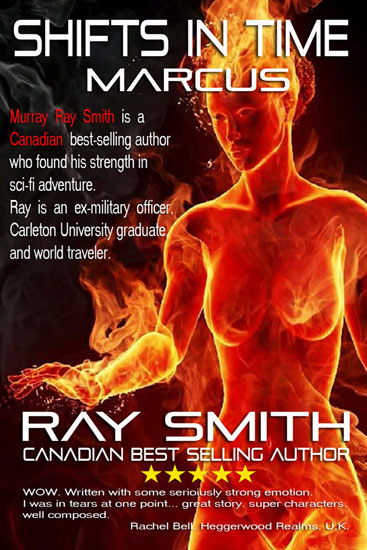 Glad I found this author, and excited to start the next one! Christy Taylor

The first Book set me to the beginning of the whole time travel. It was what I expect it to be, and I deeply applaud the author, how he drives the story to the end, and connect it with the second Book. How I wish Book 3 be released earlier...

Great new author. Very exciting characters. Love that this is a series...more to come.

A network website with social media sharing where "businesses work together building traffic.

** The Power of Social Media Networking **

It is powerful. You control your own page. Ability to Immediate edit and add your content. Owners are featuring promotions and events, and then sharing. That is the equation to more traffic and success.

Add specials or menu items with a photo to your listing. Also highlight your live music and special events.

There are no listings.